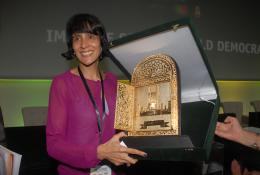 The City of Bogota was chosen during the UCLG World Council meeting in Rabat as the host of the next UCLG World Summit of Local and Regional Leaders in 2016.

After, Paris (2004), Jeju (2007) and Mexico (2010), and Rabat (2013), Bogota was chosen to host the forthcoming Congress of UCLG, celebrated once every three years. This selection was made in during the 2013 edition in Rabat and included the presence of Susana Muhamad, Bogota's City Hall Secretary General, and Alexandra Torres, Bogota Convention Bureau’s Executive Director, acting as candidacy advocates in the absence of the Mayor, Gustavo Petro Urrego, who sent his gratitude from Bogota.

Susana Mohamad, on behalf of Colombian mayor, underlined the commitment of the city to provide the ideal scenario for UCLG to present its policy priorities. She stressed that the 2016 Congress will be one in which the citizens of Bogota and its entrepreneurial sector will be closely involved and will showcase the values and principles of UCLG. It will be carbon neutral, socially and culturally responsible as well as representative of the truly global network that UCLG constitutes.

Kadir Topbaş President of UCLG, highlighted that: “Bogota means transformation and peace, and we would love it to have this opportunity of being the host of the next UCLG’ World Summit in 2016 (…) We hope that this occasion will impulse the city and we will mark the difference for Habitat III. We wait for you all in Bogota”. 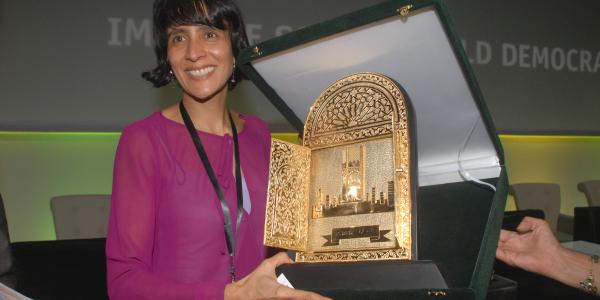