A centenary of cities with UCLG

A hundred years after the municipal movement began, development will be at the heart of discussions at the UCLG congress to be held in Rabat in October.

As the Kenyan government rolls out the decentralisation programme enshrined in its 2010 constitution, local governments and municipalities across the continent are looking for new sources of funding and ways to deliver services to growing populations.

Cities from Abidjan to Harare are using Chinese finance to develop water and other projects to accommodate urban growth.

The participants at the World Summit of Local and Regional Leaders - 4th UCLG Congress in Rabat from 1-4 October will discuss how to improve African cities and work with international partners to develop a new agenda for local development in Africa and beyond.

Key people in the Municipal Movement

Bertrand Delanoë
Mayor of Paris (France). Co-founder of UCLG in 2004 and president until 2010. President of the international association of francophone mayors.

Kadir Topbas
Mayor of Istanbul (Turkey), president of UCLG since 2010.

Fathallah Oualalo
Mayor of Rabat, fomer finance and privatisation minister of Morocco, president of the local finance and development commission of UCLG, member of UCLGA

Khalifa Sall
Mayor of Dakar (Senegal), president of UCLGA since 2012.

Ousmane Sy
Former minister for regional and local government administration in Mali. Founder of the Centre for Political and Institutional Expertise in Africa (CEPIA).

Throughout history, cities have asserted their rights to a certain level of local political control. The Greek city states of antiquity were governed as if they were states in their own right.

The Kongo kingdom of the 15th century – where the Democratic Republic of Congo is now situated – started as a loose federation of small and self- governing towns.

But at the beginning of the 20th century urban settlements started to reach out to each other across the globe to create a network of links that have helped them to learn and to lobby more effectively.

The municipal movement has its origins in the first congress of the International Union of Local Authorities (IULA) in 1913.

This anglophone association of local governments sought to promote democracy and local autonomy.

In 2004, the World Association of Major Metropolises joined the UCLG, which has its headquarters in Barcelona.

The centenary of the municipal movement is more than just a date.

The participants at the Rabat congress will be celebrating the dynamic nature of the movement, which, according to the UCLG, "defends the interests of self-government, promoting its values, objectives and interests through cooperation between local governments".

The municipal movement has sup- ported the ideals of peace and solidarity at crucial historic moments, be it at the end of the Second World War or the fall of the Berlin Wall.

Representing three billion inhabitants, they have been able to advocate democracy, development and the interests of local governments on the world stage.

Since the UN-HABITAT conference in Istanbul in 1996, cities and regional governments have played an increasingly active role in the international community, in particular through the UCLG, which now negotiates directly with states.

The Rio+20 summit (the UN Conference on Sustainable Development) in 2012 is a good example.

Despite the fact that this summit did not reach a multilateral agreement, the UCLG nevertheless sees Rio+20 as a step forward, with the final report recognising the essential role played by local governments on the sustainable development agenda.

Local governments are no longer seen as simple civil society players but as fully fledged partners with a recognised status in law.

The advocacy of local and regional governments within the United Nations (UN) system had also allowed the expansion of the Rio+20 agenda.

In 2011 international negotiations were concentrated on a uniquely environmental agenda for the summit, but the UCLG pushed for other key issues to be taken into account: governance, regional cohesion, inclusion and provision of services and culture.

The UCLG is trying to bring the interests of cities and regions to the heart of international de- bate. Aware of the challenges brought about by rapid urbanisation, the organisation is pushing for a human-centred approach to the global development agenda.

With this objective in mind, obtaining observer status with the UN is a priority for the UCLG.

Indeed, development questions – which the UCLG is putting at the heart of the Rabat discussions – are going to be the subject of other important events on the horizon: the definition of a post-2015 Development Agenda after the expiration of the Millennium Development Goals in 2015; the new climate convention in 2015; and the Habitat III conference in 2016.

Forty years after the first Habitat conference in Vancouver and 20 years after Istanbul, this will define the new urban agenda for building sustainable cities.

Beyond the international lobbying efforts of the UCLG, there is also recognition given to countries that lead the way in promoting the values of the organisation.

Allowing more political and administrative power to devolve to the regions is a key way to get cities better organised.

The people on the ground often understand the dimensions of local problems and how to find the appropriate solutions far better than bureaucrats in the capital.

During the fifth summit of the United Cities and Local Governments of Africa, which was held in Marrakech in 2009, the kingdom of Morocco won the Africities decentralisation award.

The prize was awarded for the efforts made in municipal management and decent- ralisation over the past 50 years.

Since the government created the first municipal division in 1959, Morocco has been committed to the irreversible process of decentralisation and devolution.

The way it is organised aims to reinforce the skills of cities and local authorities.

Cities, in particular, have been able to maintain their role in leveraging sustainable development and their capacity to foster the kingdom's potential.

In 2011, the new Moroccan constitution went further with this decentralisation movement.

In line with the wishes of King Mohammed VI, it laid down the foundations of a new model of regionalism.

Four key principles inspired this model, which involved a new division of the country's regions.

The new fundamental law established principles such as the direct election by universal suffrage for members of the Conseils Régionaux, which will oblige local governments to work more closely with their populations.

Another innovation is the creation of an inter-regional solidarity fund to ensure that the benefits of national growth are shared out more fairly.

Read the original article on Theafricareport.com : A centenary of cities with UCLG | North Africa 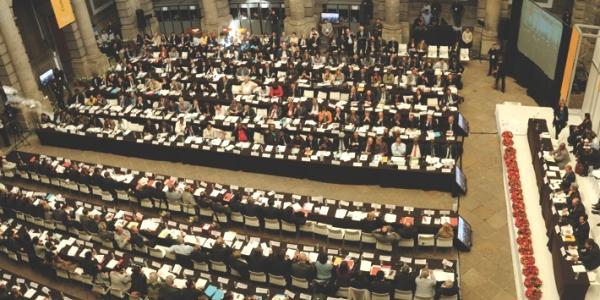