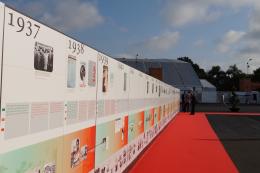 The timeline exhibition celebrating the centenary of the international municipal movement is now available on-line for consultation and printing.

In 1913 in the Dutch town of Ghent, a group of Mayors and city administrators took the groundbreaking decision to continue their collaboration in a more permanent and structured manner and so was born the Union Internationale des VIlles. One hundred years later, the international municipal movement is still growing strong and the international community increasingly realizes that in order to truly address global issues, the local level must be at the heart of the solution.

The foundation of UCLG in Paris, 2004, was a major step in the international municipal movement as it succeeded in uniting the major local and regional government associations from across the globe.  In view of this and as direct inheritor, UCLG has therefore been celebrating the centenary of the international municipal movement (#uclg100) throughout 2013 that culminated in the World Summit of Local and Regional Leaders with a large-scale exhibition detailing the first 100 years of our movement.

The exposition takes the form of a timeline measuring over 100 metres and organised in three strips:

The timeline was presented in Rabat, Morocco, from 1st to 4th October, in the framework of the World Summit of Local and Regional Leaders and, following this event will be on display in the 16 regions of the Congress host country, Morocco.

Printed publications are available on request at: info@uclg.org 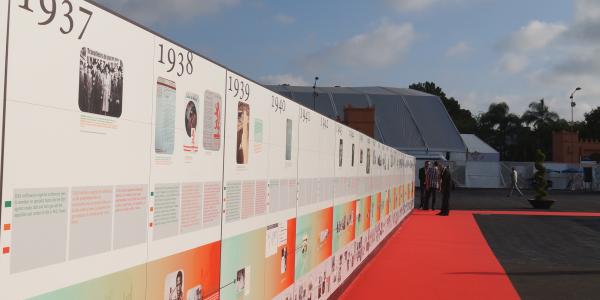