UCLG is the mouthful that stands for United Cities and Local Governments. Cities of Migration was in Rabat, Morocco, last month at the UCLG World Summit of Local and Regional Leaders. Under the theme “Imagine Society, Build Democracy,” 3500 mayors and city leaders gathered to talk shop, build alliances and explore issues of inclusion and representation in urban development.

Cities of Migration was represented by Ratna Omidvar at a thematic roundtable on “Promoting Diversity,” that marked the first time the concept of diversity has been addressed directly within UCLG’s agenda to promote economic development, the autonomy of local and regional government and sustainability. For UCLG expert Yves Cabannes, University College London, the significance of diversity in urban governance is huge, cutting across all issues and critical to UCLG’s mission to create a “roadmap” for cities and regions in the 21st century.

Recognizing diversity as a source of innovation and social capital was a familiar topic to session panelists, whatever their particular interest or point of departure. In Singapore, where diversity is enshrined in the city’s constitution, policy that mandates a mix of ethnicity and culture in public housing has played a critical role in promoting social cohesion. The bigger challenge, according to Mayor Mohamad Maliki Bin Othman, is retaining the migrants that the city so successfully attracts to its booming economy. Mayor Jürgen Roters, Cologne, similarly described the importance of embedding formal structures for managing diversity across the city’s administration and public services.

Bilbao Deputy Mayor, Ibone Bengoetxea Otaolea, spoke passionately about how the lives of women and children are shaped by the services provided by local governments. Gilbert Houngbo, Deputy Secretary General of the International Labour Organizion (ILO), talked about the importance of city-to-city cooperation on developing standards and best practices for an increasingly mobile global world of labour.

Ratna Omidvar, Maytree Foundation, described the contribution that immigration has made to Toronto’s social and economic development, citing the cultural and economic success of the Toronto International Film Festival, city leadership around gay marriage (including the tourist-friendly Gay Pride festival), and Toronto City Council’s recent adoption of sanctuary policies for undocumented residents.

Also addressed was the importance of sharing good practice and city-to-city learning as a way of keeping pace with global mobility in an age of accelerating urbanization. Maytree’s Cities of Migration project has profiled over 200 examples of excellence in local integration practice and policy – from London’s Living Wage to Barcelona’s Anti-Rumour campaign to Singapore’s Community Mediation Centre. The success of the project’s online learning exchanges attests to the appetite that exists for city-to-city peer learning (over 4000 learners, with “no carbon footprint”).

Events like the UCLG World Summit are important for introducing new ideas as well as new contexts for our work. Pat Horn, of StreetNet International, helped delegates comprehend the size and significance of the informal economy through the lens of her work with “street sellers.” Horn invited us to re-think this neglected sector of the economy that creates opportunity for employment, often functioning as a buffer between employment and unemployment, contributes to the local economy, provides essential services in the developing world and helps alleviate poverty by providing survival strategies for the poor. She asks whether we can really afford to ignore a sector of the economy that’s this big, or the rights of workers, often migrants, within it.  Cities of Migration will be following-up on the impact of Streetnet’s work on cities in South Africa.

The second prong of the Sharing Diversity roundtable addressed the topic of “valuing diversity as a political opportunity,” dovetailing easily into the Summit’s broader theme of building democracy. The extent to which the city’s diversity is reflected in its services, planning and economic development policies, and use of public space is an important indicator of its commitment to good governance and representative democracy. Another is to look at how citizens are engaged and participate in local decision-making.

Fathallah Oualalou, Mayor of Rabat was passionate on the subject of youth, reminding us that 60% of urban dwellers may be under the age of 18 by 2030, and emphasizing the tremendous opportunity and potential of the young: “Youth are key actors, the great alliance moving forward.” Like many leaders at this conference, his remarks underlined the importance of urbanization to development, describing our cities and towns as “schools of democracy” with great political significance in the years to come.

Dakar’s local hero, Khalifa Ababacar Sall, Mayor and President of UCLG Africa, made a powerful case for the role and practical wisdom of “la collectivité” in shaping local development, starting with of the right and authority of all citizens to participate in fiscal decision-making. For Sall, effective local development requires transparent, inclusive, and participatory government and, above all, “financial emancipation” from old development models in favour of the financial autonomy of city and regional governments. The inclusion and active participation of local citizens in local government is an essential step towards ending what he describes as the “infantalisation” of local interests in the current development paradigm. Rather, Sall argues, “local culture must become the vector of development.”

Equally impressive was the women’s lobby, in the person of Lakshmi Puri, Assistant Secretary-General of the United Nations and Deputy Executive Director of  UN Women, who admonished delegates to remember that democracy was about representation (noting the gender imbalance in the room). “Women’s and girl’s realities are shaped by local government,” she continued. “The genius of women is their commitment to family, to community, to intergenerational perspectives. These are invaluable to local government.”

Keynote speaker, Roger Bruce Myerson, Nobel Prize for Economics winner, University of Chicago (who uses game-theory analysis to study political systems) explained how local expressions of democracy “lower the barrier for entrance” to national politics. By improving the quality of local administration and providing services that are responsive to community needs, for example, local governments build connection and gain the trust of the people, strengthening national democracy in the process. Perhaps, he suggests, we should encourage more mayors to seek higher office.

Mayor Xavier Trias of Barcelona would agree. Trias argues that it is city council’s responsibility to ensure we don’t go “the path of ‘two solitudes.” About the newcomers that flock to Barcelona for jobs and a better economic future (albeit in dwindling numbers), he says: “we must respect these people and ensure we have shared goals. We don’t want to impose our culture on them but at the same time we want them to love our country.” In times of austerity, he notes, the cost of inclusion is high. He also  suggested we may need more mayors as parliamentarians. That way, for example, “the VAT generated by 7.5 million tourists to Barcelona every year” could benefit the city’s diverse residents instead of the national debt.

If Rabat is a modern city that reflects the aspirations of its people and government, then a chance encounter with a young engineering student named Khadija Ettahi tells a great story about the next generation that today’s cities and local governments will serve. A full 50% of Khadija’s university class are women. She speaks four languages,  is fiercely proud of her Berber identity, and has her eye on practicums in Europe and North America to complete her studies. Her grandmother, who lives in a town outside the desert city of Marrakesh and speaks only Berber, delights in Khadija’s success.

UCLG has an important role as the international advocate of democratic local government. It is the foremost global organization for promoting democratic local government throughout the world. The Committee on Social Inclusion, Participatory Democracy and Human Rights (CISDP) was established by UCLG in 2005 and tabled its most important document in Florence in 2011, the Global Charter-Agenda for Human Rights in the City.

The Charter-Agenda is a tool for local governments to build “more inclusive, democratic and solidarity-based societies in dialogue with urban dwellers.” As Dakar’s Mayor Salli observed, this is the new paradigm for development, firmly anchored in place-based, local expressions of government and community action.

An important companion to the Charter is the searchable Inclusive Cities Observatory, a searchable repository of sixty case studies from cities around the world on innovative policies for community development, access to basic services, social inclusion, gender equality and poverty reduction, among others. 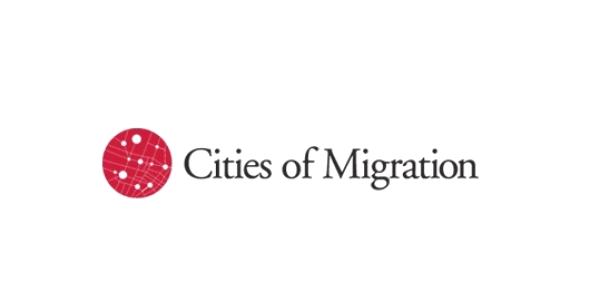