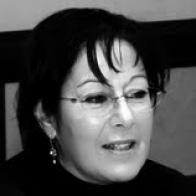 Rosa Pavanelli is the Secretary General of Public Services International (PSI), the global union federation for public sector trade unions. She started her trade union activity in 1978 while working with the Ministry of Labour in Brescia. In 1986 she became a member of FP-CGIL’s Secretariat, responsible for the municipal sector, and then for the healthcare sector. She later worked full time for CGIL, becoming regional General Secretary in 1999, and later President of the public sector branch of CGIL. She has also served as Vice President of the European Public Service Union Federation in 2009, and PSI Vice President for the European Region.

Rosa Pavanelli has made it her life work to relentlessly strive for the dream of the better world that we can build together, in solidarity. She was an activist in the labour movement from an early age. “Being a unionist is genetic for me,” noting that her father was a prominent trade union leader with the Italian General Confederation of Labour (CGIL). 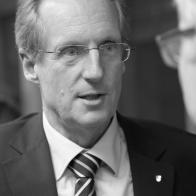 President of the Council of European Municipalities and Regions (CEMR)

Dr. Schüster was the Lord Mayor of Stuttgart from January 1997 until January 2013. The biggest and most high-profile project during his office has been Stuttgart 21 – a major rail project to build a new underground through station for Stuttgart, also encompassing connections to existing surface and underground lines.

Schuster is longlisted for the 2008 World Mayor award and was voted second most successful Mayor in Germany in a survey by Wirtschaftswoche magazine. In October 2008, the German Chancellor Angela Merkel named Schuster the German member of a 12-strong reflection group called the "Council of Wise Men to Rethink Europe" which is headed by former Spanish Prime Minister Felipe Gonzalez.