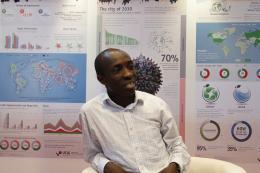 The people of Rabat deserve Kudos for hosting a breath taking global gathering of local and regional authorities under the theme; Imagine society, Build democracy!

Unquestionably, the hospitality and the warmth of the Moroccans have made the fourth Congress of the United Cities and Local Governments quite special.

Most memorable, the hosts ensured that all participants got the best of Moroccan delicacies and to their fill.  Participants sampled the best of different dishes in Morocco. They all felt  home away from home.

Such huge conferences that bring together hundreds of participants have in the past presented security challenges. But that was not with the Rabat Congress. A friendly and professional security team has ensured that participants are at peace at all times.

And that the Congress is being held in Africa for the first time, Morocco has demonstrated that the continent has the capacity and all that it takes to host successful events. They have actually opened floodgates for future events to be held in Africa.

Perhaps the most interesting aspect of the conference has been its focus on innovative and well thought solution more than dwell on the problem. It has not been a mere talk shop.  It has been platform for both leaders and citizens to discuss ways of strengthening local governance and to confront the realities and challenges of the 21st century.

Crucially, there was emphasis on the need to view decentralization as partnership between different actors and not simply about delegation of responsibilities to local governments.  If there is anything to take home from the Rabat Congress, then it is that dialogue is critical among different actors and authorities at local, national and international arena.

No doubt, the Congress has been a success in many aspects. But there are some critical areas that would need improvements if we are to make headway, achieve our ambitious goals and ensure that local and regional authorities  are a formidable voice particularly in the post 2015 development agenda, Rio +20 and the Habitat III processes.

First, the organizers need to improve and ensure that future forums will be more representative. The dismal presence of participants from Africa at the forum is a worrying sign that there is a challenge on the part of the organizers or the participants or both.

Second, youth were visibly absent from the Congress. It is worrying that people can gather to discuss the future without meaningful involvement of the youth who are touted as the main custodians of the future.  Unless we get youth to be firmly part of the development and governance processes, the pursuit of sustainable development for our cities, countries and regions will remain an elusive goal.

Third, there was little discussion on some of the main problems to local governance. For example, there was no mention of how to tackle corruption and bad governance that impede successful implementation of decentralization particularly in Africa.

All in all, the Rabat Congress was a huge success.  The Congress has set the stage for the world to deal effectively with the enormous challenges of the 21st century.  If only we can implement the resolutions and the suggestions, then we can safely say that the future we desire is within our reach.

Raphael Obonyo is the external adviser and a member of the UN Habitat’s Youth Advisory Board. He is a Global Young Diplomat. In 2013, German Marshall Fund of the United States recognized Mr Obonyo as one of the emerging leaders in the world. He holds a Masters in Public Policy from Duke University in the United States. 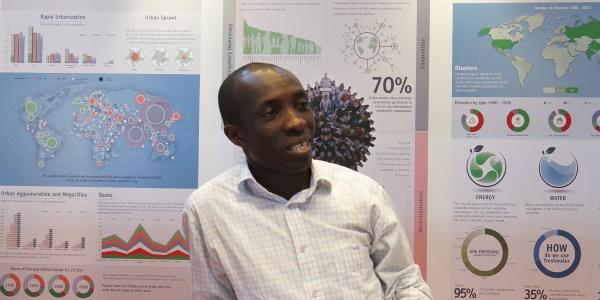